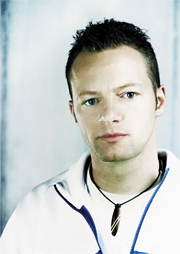 Until 1987 Charly’s teenage years were dominated by Disco and Italiën music. But his musical directions were changed, when he first heard House-music on a summer holiday in Blanes, Spain. After hooking-up with Mental Theo in 1992, things went fast for Ramon! Remember songs like: Wonderful Days, Stars, Hardcore Feelings and many more. Over twelve years they travelled around the world spreading their Happy Hardcore sound. At the end of the ninetees Charly was tired of the commercial sound and he started to experiment in the studio again, together with two oldtime friends, Frank and Marcel. Trying to build a bridge between trance and hardcore they released a few tracks under the names of Deepack. A new style was born. Nowadays the Hardstyle sound is a very popular movement for over eight years. Parallel at that time he was involved in projects like the ‘Bitte ein Beat!’cd-series in Holland and ‘Starsplash’ in Germany.
more