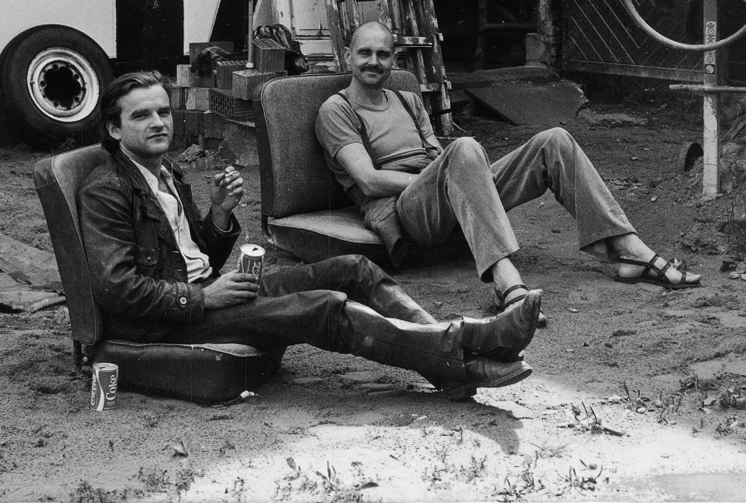 There are at least 5 bands named Cluster (a German ambient musical group, a French "heavy rock" band, a Brazilian band, an Italian vocal group, and a bolivian "punk rock" band) 1/ Cluster is a German musical group closely associated with krautrock whose output prefigures ambient music. Michael Waynick, who reviewed Cluster & Eno for Allmusic writes a description that applies to more than the one album: "...too emotionally rich to waste as mere background music, evoking feelings of hesitancy and regret that rescue the music from mere vapid prettiness." Having previously collaborated in the use of electronic instruments and experimental technique, Dieter Moebius, Hans-Joachim Roedelius, and Conrad Schnitzler formed Kluster in 1970. This trio released three albums, Klopfzeichen, Zwei Osterei, and Eruption. When Schnitzler left the group, Roedelius and Moebius became Cluster, and worked extensively with producer/engineer Conny Plank until his death in 1987. Cluster and Neu! founder Michael Rother recorded several albums under the name Harmonia, and as such were joined by Brian Eno for one album, Tracks and Traces (recorded 1976; released 1997). Eno separately worked with Cluster on the albums Cluster & Eno (1977) and After the Heat (1978). (From Wikipedia, the free encyclopedia) 2/ Cluster is French heavy rock (mix between rock, hard rock and heavy metal) band from France (near Paris). They relased their 1st LP, "Sociétarium", in 2007. See their myspace page: http://www.myspace.com/clustergroupe 3/ Cluster is an Italian a cappella group founded in 2003 by five young musicians, who were studying at Niccolò Paganini Conservatory of Music in Genoa. "Cement", Cluster's first album, was released in 2006 and got 3 CARA nomintaions (Contemporary Acappella Recording Award). The band was brought to wider success after taking part to an italian tv show named "X factor", in 2008. 4/ Cluster is a Brazilian band from São Paulo 5/ Cluster is a Bolivian band from La Paz, they have launched a selftitled EP in 2010.
more