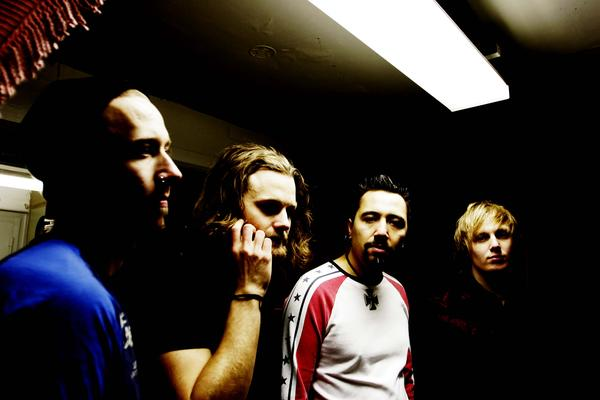 This page represents 2 bands: a stoner band and a hardcore/metal band from the H8000-region (old school). Firestone is a stoner band from Örebro, Sweden. They toured as a warm-up band for Dio, Alice Cooper and RATT on their tour through Sweden in early 2000. There are two EPs out to date: Mexicon (2001) and Stonebeliever (2002). They also appeared on the excellent stoner split Fuzzsplit Of The Century (2003) from Fuzzorama Records. They had one song on the stoner collection The Ultimate Fuzzcollection vol. ONE (2004), also from Fuzzorama Records. The song featured on tUFC vol.1 is actually a song that was supposed to be on the Stonebeliever EP, but got cut in post production. Firestone disbanded in 2005. The guitarist Oskar and long time producer Nicklas had formed the band Truckfighters in late 2002, which now became the main project. Winfred also joined Truckfighters in 2003. Truckfighters are nowadays a well known band in the stoner rock scene. Singer Matt appeared as guest on the song Devlish Women on The Reucers debut EP in 2005 (produced by Oskar and Nicklas). Matt was last heard of playing drums in a local Punk-Pop band. Producer for all records: Niklas a.k.a. Mr. Dango
more