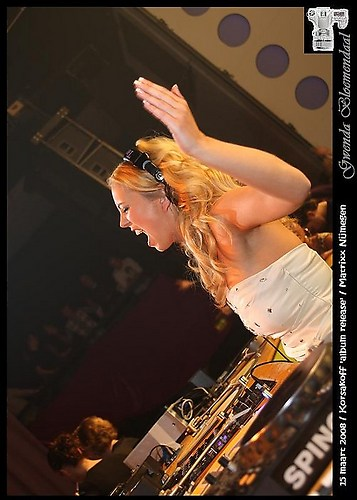 Korsakoff’s first became known in 2004 when she and Dj Outblast produced the official Masters Of Hardcore anthem: “Unleash the Beast”. Unleash the Beast was broadcasted on television network The Box as a promotional stunt for Masters Of Hardcore. That year things developed pretty fast, as she was booked to play at some of the biggest hardcore events; Thunderdome, Masters Of Hardcore and BASSLEADER. Nowadays Korsakoff is still showing her skills at all the massive parties in the Netherlands and abroad, with countries such as Spain, Swiss, Germany, Belgium, Scotland, Italy and France. Her music is produced by Catscan.
more