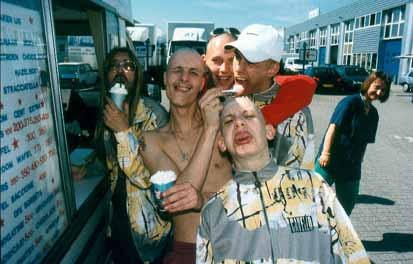 Live on stage the Party Animals have always been represented by four guys with entertainment in their blood. The only thing is.... which four guys? Throughout the years the line-up has changed constantly... that's just one thing that makes the Party Animals unlike any other pop group. Nowadays the group consists of Martijn, Jan, Kelvin & EB. They have a full live agenda and perform almost every weekend at 90's events and clubs throughout the Netherlands All Party Animals songs are produced by the duo Flamman & Abraxas (There have been several other groups called Party Animals, including the 1974 one-hit-wonder band who released the song In Zaire, the official song of the "Rumble In The Jungle" boxing event between Muhammad Ali and George Foreman in Kinshasa.)
more