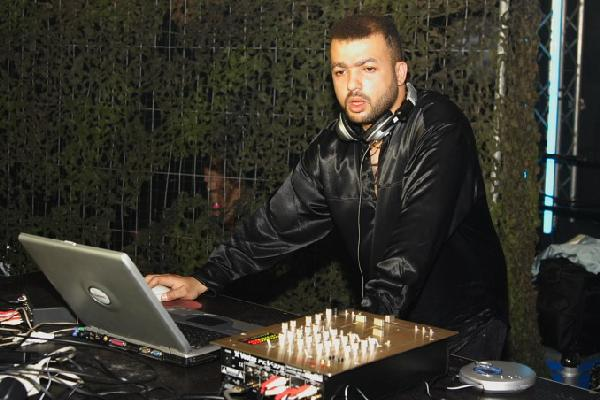 There is more than one Radium on last.fm: 1. Hardcore fan since 1992. In 1993 Daniel Tecoult started producing extreme electronic music with a friend from school. In 1994 they decide to give their project a name and Micropoint is born. Also Daniel starts a solo-DJ career as Radium. The first Micropoint vinyls are released on B.E.A.S.T. Records and Epiteth Records in 1995. 1996, Radium starts Audiogenic and his first own label called Psychik Genocide and with 2 other producers from Paris, Micropoint starts Dead End Records. In 1999 Laurent Hô, owner of Epiteth Records, decides to release a Micropoint CD Album called Neurophonie. Due to the huge success of this album Micropoint and Radium are booked at many big French events as Boréalis, Heliocolors, Astropolis, the final of Paris' Techno Parade in 1999 and in famous clubs like Rex and Arapaho. Micropoint and Radium also get the chance to release records on other labels like the German Super Special Corp. and Shockwave Recordings (DE), the French Xunk the Italian Head Fuck Records, the Dutch Cunt Records and also Deathchant and Rebelscum from the UK. In 2000, after Radium releases the Mix-CD Radium - Inhuman, Micropoint releases their second album Anesthesie International which includes guest artists as E.HB (singer of the French alternative band LTNO), DID.S (drummer of rock band Treponem Pal) and Manu Le Malin. They tour all french concert halls with a new show including a drummer and a MC. Radium also plays outside of France: Switzerland (Odissey), Italy (Hardcore Nation), UK (North), Germany (FuckParade & Resident E), USA (Millenial Dawn). After Micropoint splitt up at the end of 2001, Radium returns with a brand new album: Paranoia Performance, with different sides of his hardcore sound. This album get's followed up soon with another album called InExtremist which is also released on 2 vinyls. This album means the real breakthrough for Radium in Holland. He even get's bookings for several editions of Hellbound in Amsterdam (Holland). In 2003 Radium decides it's time for a new label for his "less industrial" sounding tracks. He starts the label Arena and a new project as Nihilist, The, which turns out to be a success. 2. NWOBHM band who were part of the East Midlands Band Co-Operative with other Nottinghamshire metal acts such as Paralex & Hell. Their drummer Tonka later played with Wraith.
more