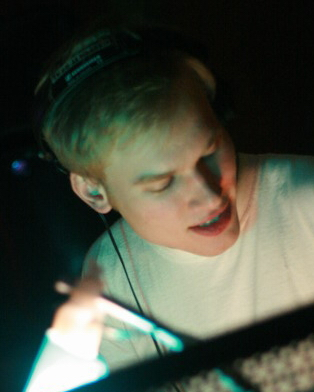 1. It is in July of the year 2000 as dj Rudeboy (Dave Paalhaar) and his brother (nowadays known as T-Junction) buy themselves a set of turntables and a mixer to try to let a wish come true: becoming well-known dj's throughout the world. After a lot of practicing all of the aspects of dj'ing at home and at the local youthcentre Radar, the promoter of the eastside underground MC Syco was intrigued by the skills of this talent and gave him the opportunity to rock the decks at an Oldschool Madness party. This début of dj Rudeboy came at the 10th of February 2001; Oldschool Madness at club Metropool. It was sold out, 350 partymotherfuckers went totally crazy on the massive set of dj Rudeboy! After this party things happened really quick. The promoter of the Eastside Underground was convinced about dj Rudeboy and gave him gigs at all the parties; Oldschool Madness, East Ridahz of Hardcore and Toxic. All of this to make sure that this dj's name should become well-known within the Dutch Hardcore scene and to gain the experience of dj Rudeboy. This worked out very well; a lot of other promoters like Mania, Utopia, OGP and Hardcore Revival were convinced of the skills of dj Rudeboy. Nowadays he's rocking the decks at a lot of other parties throughout the Netherlands. Also Rudeboy has battled against other dj's at one of the biggest dj contests ever held in the Netherlands: the massive "Platte Zaol / Raving Nightmare" venue rocking about 2500 partymotherfuckers he ended as one of the top three finalists! Nowadays Rudeboy has collaborated with dj Tomcat, another highly skilled dj from the Eastside becoming the resident dj's of the massive Oldschool Madness Parties. Besides that he's also a resident for the "Not 4 Softies" parties together with Tomcat and The Vinyl Junk, and together with T-Junction he produced his first track "Transmigration" which has been released on the well-known Third Movement compilation named "Demolition". 2. Rudeboy, rudie, rudi or rudy is a subculture that developed in the early 1960s in Jamaica. There are many artist with name 'Rudeboy', one of them is a member of the best Czech d'n'b booking, Shadowbox.cz. He's a drum'n'bass and liquid funk dj, and actually one of few djs here in Czech republic playing mostly liquid style. He is a part of the young upcoming dj generation, bringing fresh beats, original style and modern sound of drum'n'bass. He djed in almost every club in Prague, including Roxy, Cross Club and Matrix as well as in many clubs in Czech rep, for instance in Karlovy Vary, Pilsen etc. You can check out his sets on website http://www.conspiracydjs.com/audio/
more