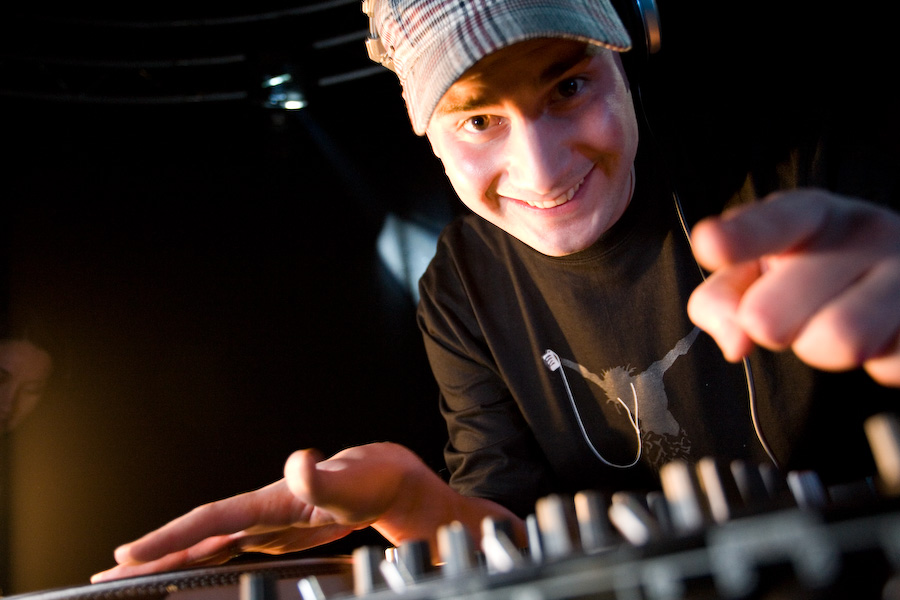 The serious start of Sandy comes in 1995, there is a club called “La Grange (Charente Maritime France)” that offers him a residency, he spins there every day from June to September 1995. During this event he meets David Duriez (private la Grange resident). From October to November 1995 they start to work together on an hardcore project which has been released on a label in Antwerp called ZOMBIE Records in January 1996. Meanwhile Sandy has another residency in a club called Café Face, which is also owned by the chief of “La Grange”. After his return to Belgium, Sandy Warez meets with M.I.K.E. (Push), and they start to work on 4 hardcore projects which are also coming out on ZOMBIE Records. In May 1996 Sandy works with Liza n Elliaz and they start to work on some projects for Sony Music’s Lethal Hardcore Forever, an hardcore compilation, where 4 of the tracks are produced by themselves. Later in November 1996 he's make him offer his first Belgian residency at Extravaganza, and there his style changed, to fit the Belgian crowd, which is more techno. While he mixes every Friday and Saturday at Extravaganza he becomes a lot more experienced. During this residency he has been playing with almost all Belgian DJs at that time and also some big international techno-djs like Robert Leiner, etc. After this long residency at Extravaganza he takes some time out and in 1999 he restarts at Startrax, in Brussels, which again is also owned by the chief of Extravaganza. He plays there 3 times weekly and organises all events and booking issues. After that he quits the Startrax in January 2000 to start at Tour et Taxi, a Trance/Techno club in Brussels but he quits quite quickly in March 2000 because of personal issues. From March to June 2000 he has got a residency at Baldaquin, also situated in Brussels. Then, it’s already summer 2000, he decides to head for Valencia/Alicante (Spain), he plays there in many regional clubs (Cloro ,Universale ). He finishes this summer with a big rave called Polideportiviu, an 8 hours set in front of 5000 people. 2001 : he meets TEKNET and gets booked for Electropole 2001. (Thomas Krome (Sweden) Jamie Bissmire (Uk) Vegas Soul (Uk) Tonio (fr) Eric Borgo (ch) Dima Live (fr) Afterwards Sandy Warez heads off to Ibiza for 1 weeks to play at the DC-10 and then directly from Ibiza to Grenoble to play at the Spyce with C1 (Intek London), Matt Mushroom (Germany), Joe T Vanelli (Italy), Fafa Monteco (Superfunk France), Johan Graham (Twilo Nyc). On October 2001, Sandy Warez decides to dedicate himself 100 % to producing new tracks. In the end of 2001 he starts with a track on a Belgian label called D-Form Records. Sandy Warez - Plass Shot E.P. is released. The follow up comes in 2002 on Subsounds with Sandy Warez - Tibal Tricks Vol. 1, which is commercially seen quite successful. After that a Future Frontier record comes out : Sandy Warez - Lipposusion. And again a new Subsounds record is released : Sandy Warez - Hard Ace Vol. 1, which is also quite successful. 2003 comes and Sandy Warez starts off to be more and more active in worldwide music production. He releases Sandy Warez - Spanish Cookies on Invasion, the label of the welknown producer Zzino. After that again 2 very successful Subsounds which will have a very nice commercial success : TRIBALS TRICKS VOL 2 et HARD ACE VOL 2. In 2004 Sandy Warez is still very active, in the beginning of 2004 he releases a vinyl on Corachi - Sandy Warez - Abrossion. After several talks to Chris Liberator, he decides to release a vinyl on Cluster. Sandy Warez - Pression on London. After that he takes the label Subsounds to become A&R of the label together with the boss Frank van Brussel. http://www.myspace.com/djsandywarez
more