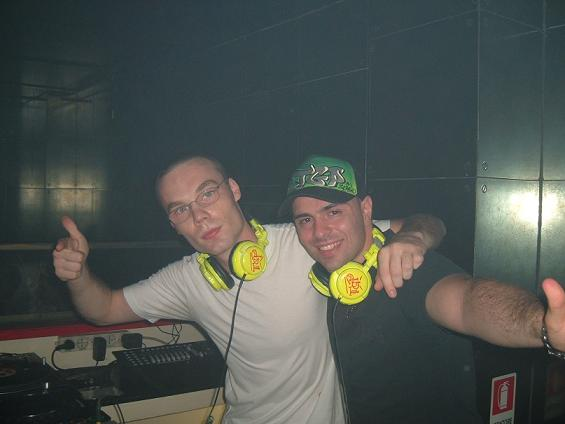 Sergio, after having passed few years playing with his pc, with various productions, meets, in a public forum on the net, Flavio in winter 2006, who for a while was playing with turntables and mixer and he's been listening all the electronic music in general. After a little time, the two eventually meet and immediately discover to have the same ideas the same way of thinking, the same goals and the same will to be someone. The Genesis Projection was now born. After a year of trials and a reject they finally succeeded in recording their first release on a sub-label (G-NET 014). The first album had a sort of confirmation, but it wasn't still what they expect: The Genesis Projection wanted to create a styles crossover and consequently, after thousands of discarded tracks, a Dutch label, the Megarave, published their second release in spring 2008. The proposed performance is pretty particular; is a dj battle composed by a half of a normal dj set while the other one is totally a live performance. It can last from 50 minutes to an hour and a half. The genesis projection is not just a group, but also a strong friendship. The story has just begun.
more

TRACKS BY THE GENESIS PROJECTION

Tymon Vs Negative A