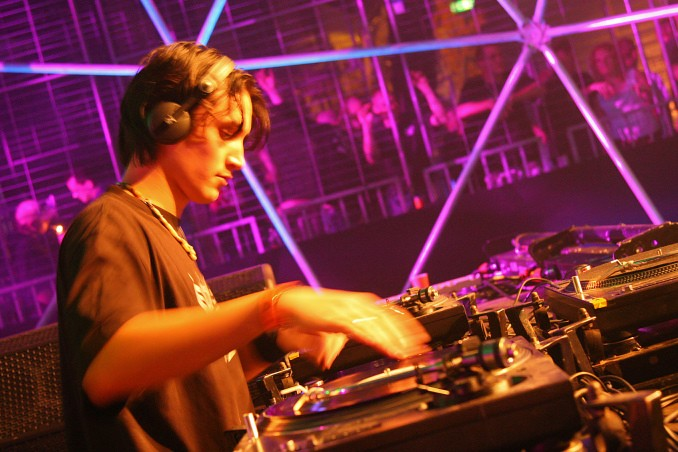 1) Ophidian is Conrad Hoyer, a hardcore producer from Gelderland, Netherlands. Using keyboards and cassette recorders Conrad Hoyer started recording his first songs and mixes in 1993, 11 years old (born september first 1981) at the time. By 1995 hardcore music had become very infuential for the Dutch youth and he started using computer software to write hardcore songs. With the artists of the Ruffneck label as main lead he worked on perfecting his technique, specialising in fast, breakbeat-orriented juno-sound hardcore. In 1998 DJ Ruffneck was convinced of Conrad's talent after recieving a 4 track cd-demo, and asked him if he would like to join his labels Gangsta and Supreme Intelligence. And thus at 16 years old Conrad became the youngest artist to join the crew. The period '98-'00 can be seen as a learning period in which Conrad released a few records as Trypticon and a few more tracks as Ophidian, but was still struggling to be consistent and to find an own place within the hardcore scene. Things changed in 2001. In this year Conrad joined Enzyme Records, started building his own studio and started his studying Music Technology at the Utrecht School of Arts. He decided to drop the Trypticon-project and concentrate on producing as Ophidian, focussing on slower hardcore, with more techno and electronic music influences. Enzyme started a sub-label called Enzyme X on which more experimental hardcore could be released, which came as a blessing because it provided exactly the space that Conrad needed to define himself and his style. From this moment on progression was fast, and he released quite a number of tracks including his first solo-album, Ophidian - Blackbox, in 2003. Now Conrad has finished his study and as Bachelor of Music Composition and Production he faces a future in the music bussiness, as a producer mixing and mastering, as DJ and live performer, but still mainly as artist exploring the more experimental areas of hardcore, techno and electronic music. As of the summer of 2005, Ophidian runs his own label called Meta4. 2) Ophidian also are a Power Metal band from Luxembourg, which is strongly influenced by Nevermore.
more